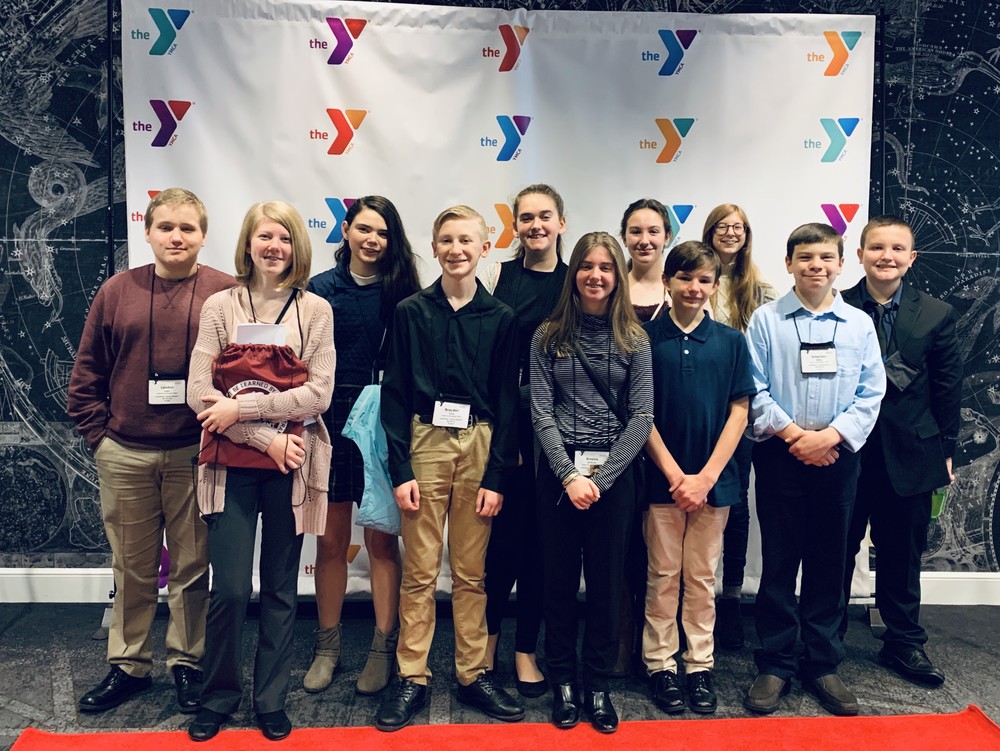 This year, eleven 7th and 8th grade students attended the annual Ohio YMCA Middle School Youth & Government Conference in Columbus. Over 300 sixth through eighth grade students from across Ohio were in attendance. This is Green’s fifth delegation to attend.

“Ohio’s YMCA Youth & Government program began in 1952 and reflects the idea that “democracy must be learned by each generation” – Ben Franklin.  The Ohio YMCA Youth & Government program provides high school and middle school students with a unique opportunity to become acting state legislators, governors, lobbyists, lawyers, committee chairs. The students simulate all phases and positions of the actual state government. These students are challenged with many of the issues our real legislators must face in their elected offices.” (www.ohioymca.org) Additionally, they experience the process of a bill becoming a law in real time.

Prior to the conference, students write legislation along with opening and closing statements in preparation for bill presentation. At the conference, students are designated as senators or representatives. They present their bill in their respective committee rooms in the Ohio Statehouse. Should their bill pass committee, they present their bill again either on the Senate or House floor of the Statehouse. If their bill passes again, it is reviewed by the youth governor, who either signs or vetoes their bill.

Legislative topics chosen by our students this year include the elimination of daylight savings; enacting dress codes in all public schools; new gifted and talented regulations for Ohio; free hunting and fishing licenses for veterans; and changing Columbus Day to Indigenous People’s Day.

7th grade students who plan to return to the conference next year have the option to run for presiding officer. Jonathan Bailey was elected as the 2020 Speaker of the House for the 2020 Conference. Jonathan is invited to attend a summer leadership conference at Mount Vernon Nazarene University, where he will work with many students in grades 7-12 from across Ohio to develop leaders within our State.

We also had the pleasure of a private tour of the Ohio Statehouse. The tour gave us all an opportunity to learn about the architecture of the building, it’s historical significance, and many interesting facts about past visitors and events. 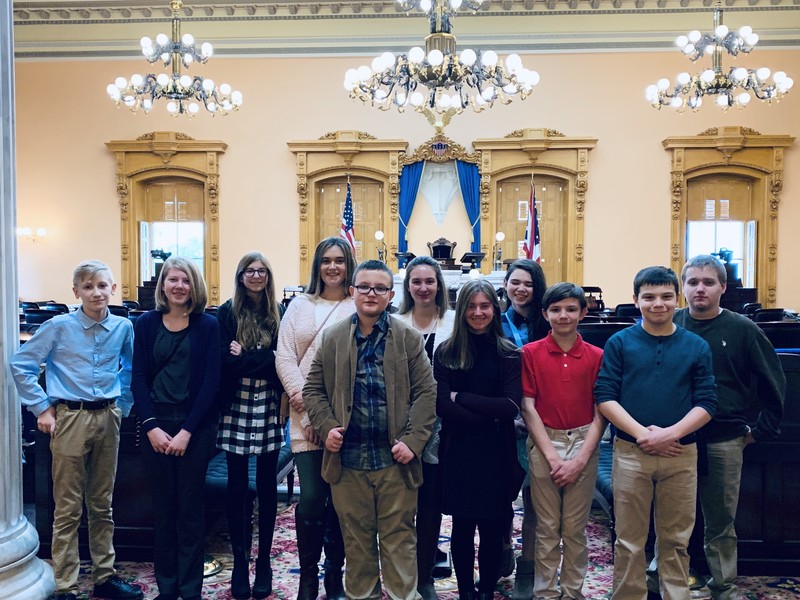