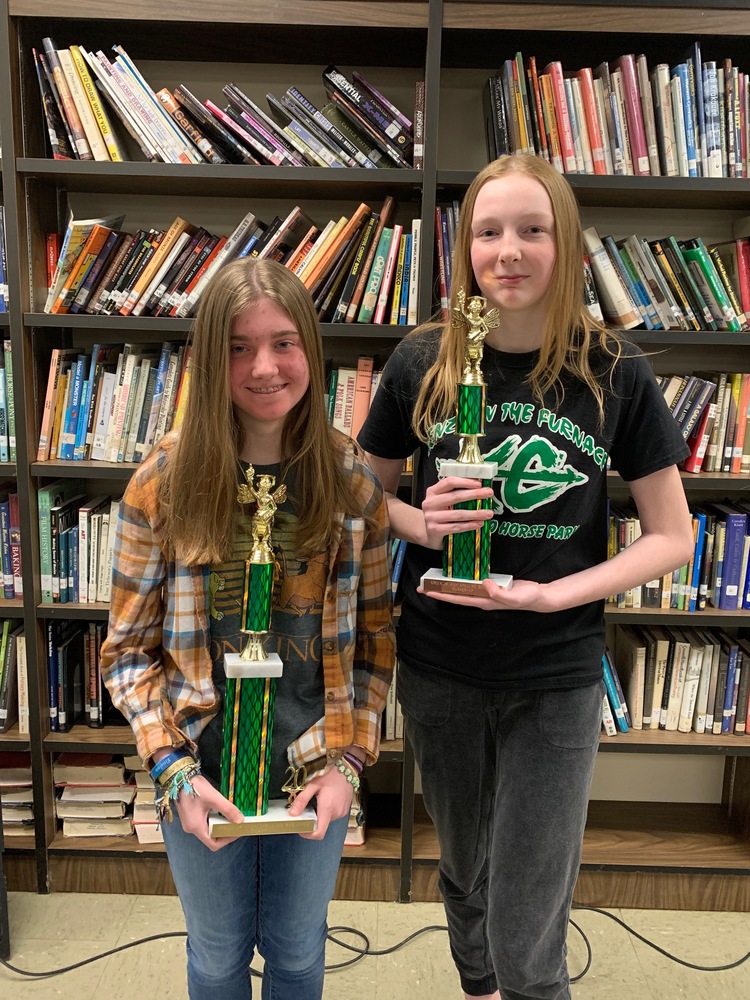 The spelling bee was held in the high school library under the direction of Mrs. Skipworth. Mrs. Brown, Miss Markel, and Mrs. Skipworth served as judges. All junior high school students were in attendance, and thirty-nine students participated in the bee. Kinslee won in the tenth round of spelling. The winning word was “vinyl.”

Kinslee will advance to the 68th Annual Scioto County Spelling Bee, which will be held on Thursday, March 12, at 6:00 p.m. at the SOMC Friends Center. We wish Kinslee the very best of luck!